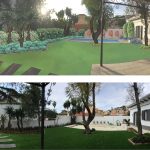 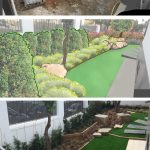 Before, after and perspective 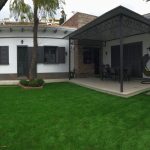 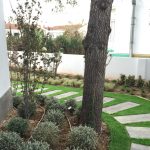 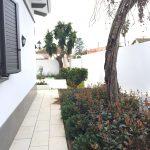 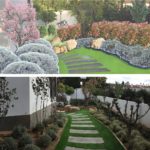 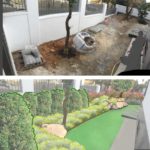 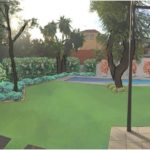 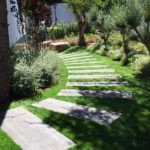 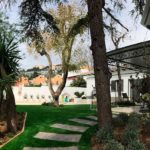 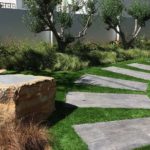 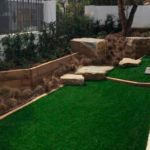 Perimeter path in the garden access to the house 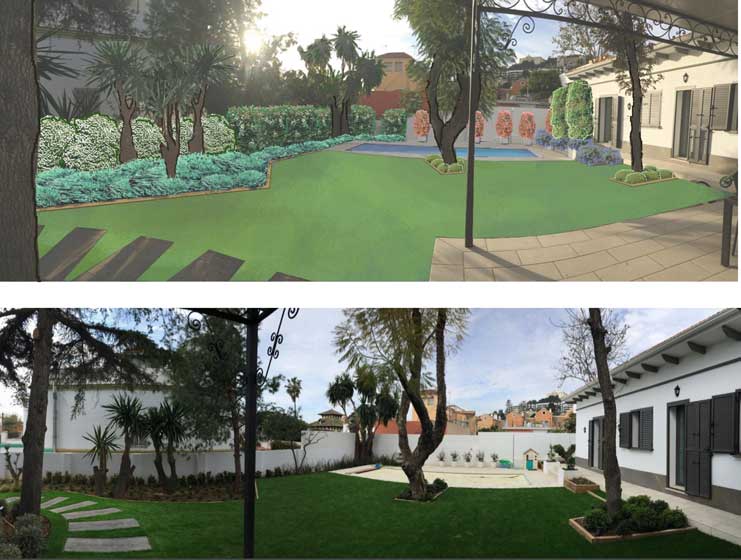 Garden remodeling project for an old renovated “casa mata”. The garden consisted of a sloping meadow with certain trees that we had to preserve and protect, so it was necessary to respect its original height.


So it was decided to level the land, only where there would be grassland, with the formation of a wooden curb that raised the meadow to the level of the porch and pool, avoiding the original level where there were trees.


The trees that already exist, due to the shade they project, and the needles that constantly detach, made it impossible to grow and develop a natural grass meadow. So we opted for artificial turf.


The design of the entrance garden was conditioned by the chest and the pomegranate that we had to keep in its place. The rocks were used to integrate all these elements, which together with the planter of sleepers, managed to hide the chest.

“Somewhere something incredible is waiting to be discovered. Carl Sagan”